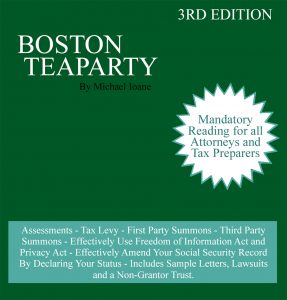 Michael Ioane On US Citizen’s Violation

Michael Ioane is clear in his belief that the Citizens of the US have been violated. Not just, privacy or taxation -to which many would concur. He believes that administrative bodies that hold the basic amenities of being a US citizen is very low esteem have debased these citizens who said bodies claim to be operating in the interest of. The naive umbrella of governmental protection that most American’s blissfully sit under is what Michael Ioane is working to expose and allow the real truth of this train to pour out on to American faces.

According to, Michael Ioane, the real problem with these agencies is their sheer negligence and lack of respect for the people. A complete loss for the basic values that this country was founded upon; he clearly has no contempt for the intent of the government, but holds a full disgust for the way in which they have chosen to carry out policies and whom they have chosen to fulfill their positions. He sees the agencies, as bodies that work for purposes that we the public are not aware of. They are operating in this manner toward their objective –but we have real idea what the objective is, other than big pay checks and guaranteed pensions.  And yes that, Michael Ioane thinks is wrong. 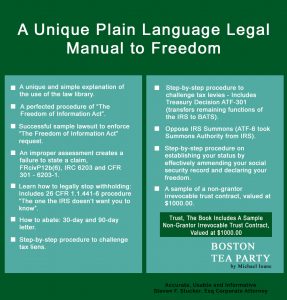 in his pre face. Michael Ioane calls the readers to sock more than what they have been given. He says to his readers. In today’s world knowledge is power and to harness and give respect to the Knowledge E or about ready to acquire will require a tempered attitude and the dedication to word reaching the goal that may not be covered in this publication. He is He is something. Like information you must have a fire inside your own self to do something with what you know.

In this book, he reveals some powerful information that he is simply asking readers to not take so lightly. The information he makes public is not intended to be used for harmful purposes. Under contrary. His aim is to ignite and inspiration into the people to look beyond what is presented and to ask for more. He calls Americans to not just be satisfied with what, hut to dig deeper.  And ask how, why and what for. To not make decisions based on things we don’t even know. He called us to find out and seek answers. This book’s relevance goes far beyond. Even its content. What Michael Ioane is teaching in this publication, is it tenacity to expect more and to seek answers and to more importantly develop a true hunger for asking questions.

Getting a Tax Abatement By Seth Maynard Tax abatement is a reduction or exemption from taxes. Did you know that…

Releasing a Federal Tax Levy By Seth Maynard Your property may be legally seized, or taken, to pay for a…

Avoiding Self-Incrimination during IRS Summons By Seth Maynard You may be summoned by the Internal Revenue Service (I.R.S.) under the…

Quashing a Third-Party I.R.S. Summons By Seth Maynard It is possible for the Internal Revenue Service (I.R.S.) to summon you…

Why Should You Use an Irrevocable Trust? By Seth Maynard A trust is a relationship in which assets or properties…